How to Know What to Take on Your African Trip 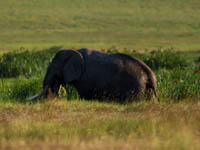 Editor’s Note: Jack Brittingham first visited Africa when only 14 years old. Since then, he’s made 15 trips to the Dark Continent. According to Brittingham, “Now’s the time to go to Africa. There’s plenty of game to hunt, and hunting Africa now is about as cheap as it will ever be. I do have to issue one warning, however. Once you go to Africa, you’ll always want to return there again.”

Three critical aspects are involved when you prepare for an African hunt and are trying to decide what clothing and equipment you need to take with you. First, you have to determine what country you want to hunt, what the climate will be while you’re there, and what game species you’ll hunt. For instance, the part of Africa that I’m hunting this summer will have a temperature variance of 40 degrees. The area where we’re hunting will have a 45-degree temperature at night and go up to about 80 to 85 degrees during the day.

For this trip to Tanzania, I won’t be able to take any camouflage because wearing camouflage is illegal there. I’ll take three khaki-green long-sleeved shirts with me. I’ll also carry three pair of khaki pants, three pair of socks, underwear, a hat and a pair of gloves. I’ll carry two different pairs of boots with me. Then if one pair gets wet, I’ll have a dry pair to wear the following day.

I’ll also take bug netting for the upper half of my body because the tsetse flies are bad and will drive you crazy if you don’t have some kind of netting. 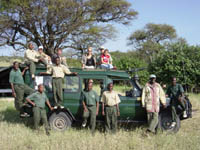 I like a Shannon Bug Tamer type suit because it has a fish netting inside the suit that keeps the bugs at least 1/8-inch away from your skin. Most bugs won’t be able to reach your hide with that much distance between you.

The camp staff wash your clothes every night and have them ready for you to wear the next day. So, you really don’t need a lot of clothing. I’ll also carry my shell pouch, medical supplies and my normal hunting gear with me. The airlines limit you to 70 pounds per bag on international flights; two checked pieces per passenger. I generally carry my camera gear in my carry-on bag and my rifle in a gun case. So, usually my bag will only weigh between 45 and 50 pounds. Your ammo must be packed separately from your firearms.

How To Plan A Trip To Africa

The best way to find an outfitter and plan an African trip is to go to hunting shows and hunting conventions that are held all over the country. The Safari Club, the International Foundation for North American Wild Sheep, the Dallas Safari Club and the Houston Safari Club all have shows every year where you can see and meet outfitters who offer and plan African hunts. Usually professional hunting organizations from most of the countries where you will be interested in hunting also will be at these conventions. Meet the outfitters, and ask for their references of people who have hunted with the outfitter recently. Then, check out these references!

Some of the best questions to ask an outfitter include:

Also, be sure to let your guide know if you have specific food requirements. Find out whether or not your guide can provide that type of food for you, or if you’ll need to take it with you.

Be Aware of Hidden Costs

The basic rate for an African hunt can be as little as $200 a day to as much as $1500 per day. The price is often determined by the type and the number of animals you want to take. Most of the outfitters and most of the countries where you hunt will attach a trophy fee to the cost of the trip, which means that you’ll pay the daily rate and also a trophy fee for each animal you take. 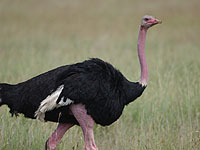 Most outfitters should be able to give you a list of the trophy fees they charge for their hunts. Part of the trophy fee goes to the game and fish agency in the country where you’re hunting. This fee goes directly to wildlife conservation.

A hidden cost of an African trip is the tip for the staff. Often the professional hunter hires workers for about $2 a day each. So, if you tip 20% of what the camp staff makes during the time you’re hunting with them, you’re not talking about very much money. Too, I usually tip the guide 20% of what the daily rate is. For instance, if the hunt is $200 a day for 10 days, my total bill will be $2,000. Therefore, I’ll generally tip the guide $250. If you’ll carry $500 for tipping, more than likely you’ll have plenty of money to tip all the people who help you on the hunt the proper amount and still come home with money in your pocket. 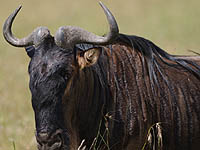 Yet another hidden cost on an African trip that many hunters never consider is the dipping, drying and packing fee to ship their trophies back to the States. The best way to know what to expect on dipping, drying, packing and shipping fees will be is to talk to the agent who will be doing the dipping, drying, packing and shipping get his cost. Coppersmith, a company that provides this service for hunters who go to Africa, is a forwarding agent. This company does all the paperwork with the U.S. Fish and Wildlife Service to get your trophies back into this country. If you’ll contact these agencies before your trip and tell them where you’ll be hunting and the type of animals you’re planning on taking, then the companies can quote you a price on getting your trophies back home.

I’m often asked what gun I would take if I could take only one gun on an African hunt. 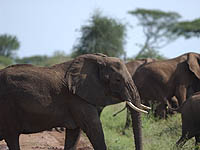 My standard answer is a .375 H&H. I’ll be on a trip this year where I’ll be hunting everything from plains game to dangerous game, and this gun is the only one I’ll carry with me. Many countries won’t let you hunt dangerous game with anything less than a .375. I’m also comfortable shooting this gun at ranges out to 300 yards. I sight this gun in at 100 yards and know what the holdover is at 200 and 300 yards. In Africa, you’ll rarely make a 300-yard shot.

This summer I’m carrying a .364 bolt-action Winchester rifle. I shoot 300-grain bullets Premium Grade Remington Factory Loads in this gun. I use a 3-9X Leupold Variable Scope, and I’ll carry a small pair of 10X25 Leica binoculars. Since typically a professional hunter will carry a big set of binoculars, you don’t both need a really large set of binoculars. Because most of the time you’ll be tracking an animal before you get the shot, and the shot will be relatively close, I want to be as light as possible when I’m hunting in Africa to be comfortable.

The Biggest Mistakes Most Hunters Make on Their First African Trips

Here’s some of the biggest mistakes I see most first-time African hunters make.

1. They don’t check the references of the outfitter with whom they plan to hunt. Talk to hunters who have hunted with your professional hunter within the last year to two years. The condition of the land, the condition and the number of animals you have to hunt and the personality of your hunter can change. Learn everything you can about your hunter, where he hunts, how he hunts, and the amount of game you can expect to see when you go with this hunter. 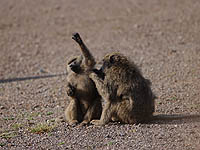 2. They don’t plan their hunts during the time of the year when the hunting conditions are best. For example, if you’re in Africa just after the rainy season when the grass is grown up really tall and water is everywhere, you’ll find that your trip will be easy to book because an experienced guide will have a hard time filling those hunts. Don’t wait to book a hunt six months in advance because most of the good hunts will already be booked by then. Always book at least a year in advance so you can hunt during the time of the year when your chances for success will be the greatest. The hunting in Africa usually starts in late June or early July, but if you want the best conditions when the game is the most concentrated, plan your hunt for late August or September when the terrain is much drier.

3. They overpack. I can’t emphasize this too much.

4. They don’t learn where to place their bullets on the animals they’re going to hunt before they go to Africa. Most hunters in this country usually shoot behind the animal’s front shoulder. However, on African game, you usually don’t want to shoot any further back than the point of the animal’s shoulder. 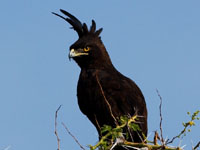 The heart sits much further forward on most African game than it does most North American game. So, for this reason, you can’t aim in the same place. On many African game species, if you hit 6 inches behind the shoulder, your bullet may not get into the heart and lungs of the animal. Then you’ll have a long day of tracking. A good book out is “The Perfect Shot“, and it’s available for African animals as well as American animals. Every hunter should consult this book before he goes to Africa to learn where to place the shot on each species.

5. They don’t talk with their professional hunters and carry power inverters and the proper adaptors for the electrical outlets in Africa. Most hunters have rechargeable batteries and electronic equipment that will require the use of electricity. If they don’t have adaptors to convert 220 power to 110, then none of their electronic equipment or rechargers will work. You’ll also need a variety of plug adaptors for plugging up your equipment.

6. They don’t contact the taxidermists who will be receiving their trophies once the animals come into this country before they leave to go to Africa. 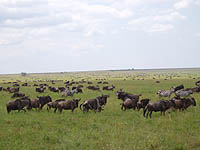 Have the taxidermist make up some trophy tags for you that can be attached to the skulls of the animals you’ll be bringing in, so that your animals’ skulls won’t get misidentified or shipped to another hunter. I personally and physically put the tags on the skulls of the animals I take before I leave Africa. Many skulls and trophies go to an expediter after the hunter leaves camp. The expediter will have numerous skulls and capes to ship at one time. You want to make sure that your trophies don’t get mixed-up with anyone else’s.

If you want to go to Africa, go now. The game is plentiful, the hunting conditions are good, and the cost of a hunt is probably as cheap as it will ever be.